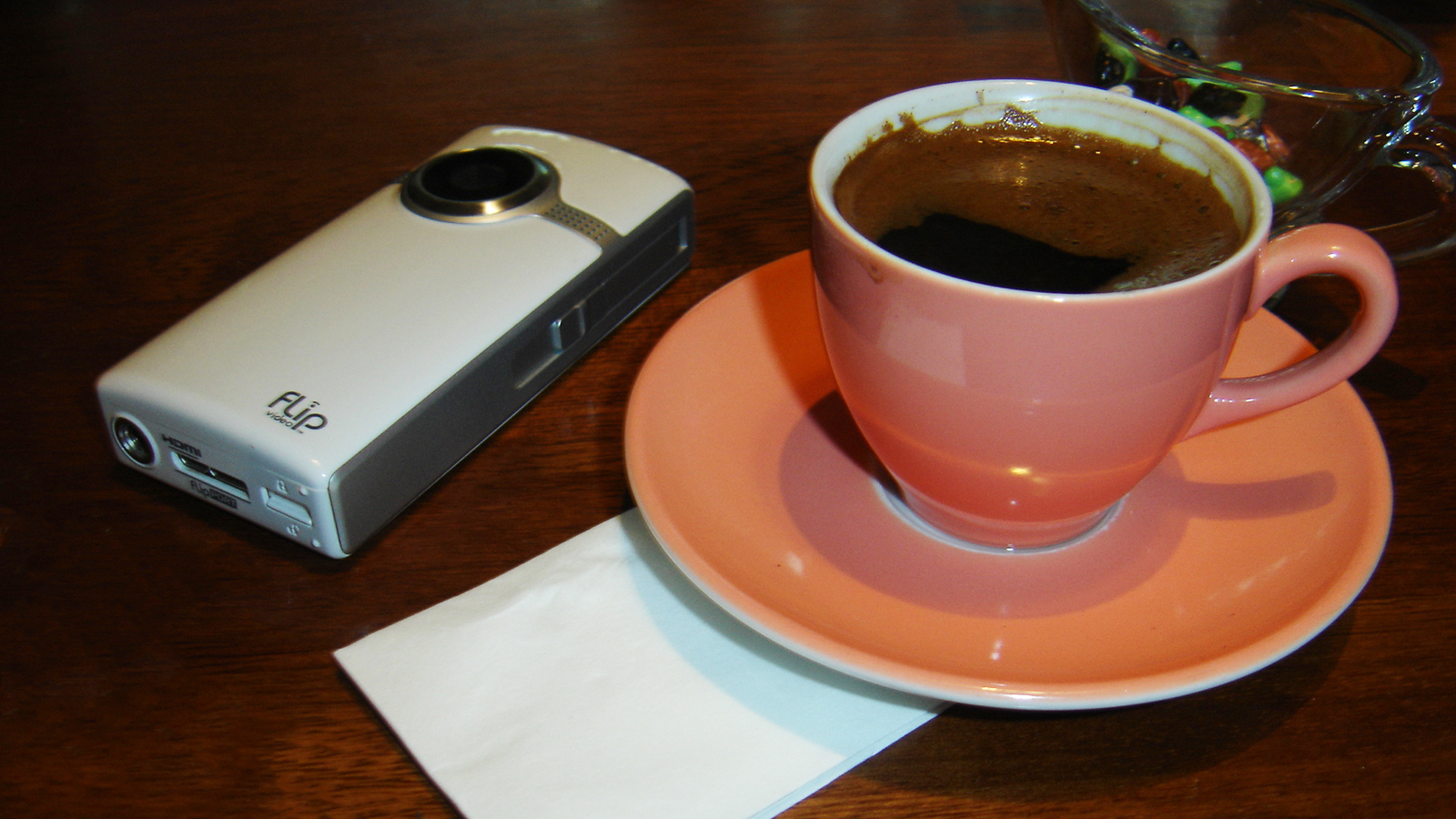 Greater consumption of coffee could lead to a longer life, according to two new studies published.

The findings have resurfaced the centuries-old conversation on coffee’s health effects.

One study surveyed more than 520,000 people in 10 European countries, making it the largest study to date on coffee and mortality, and found that drinking more coffee could significantly lower a person’s risk of mortality.

The second study was more novel, as it focused on non-white populations. After surveying over 185,000 African-Americans, Native Americans, Hawaiians, Japanese-Americans, Latinos and whites, the researchers found that coffee increases longevity across various races.

People who drank two to four cups a day had an 18% lower risk of death compared with people who did not drink coffee, according to the study. These findings areconsistent with previous studies that had looked at majority white populations, said Veronica Wendy Setiawan, associate professor of preventative medicine at USC’s Keck School of Medicine, who led the study on nonwhite populations. 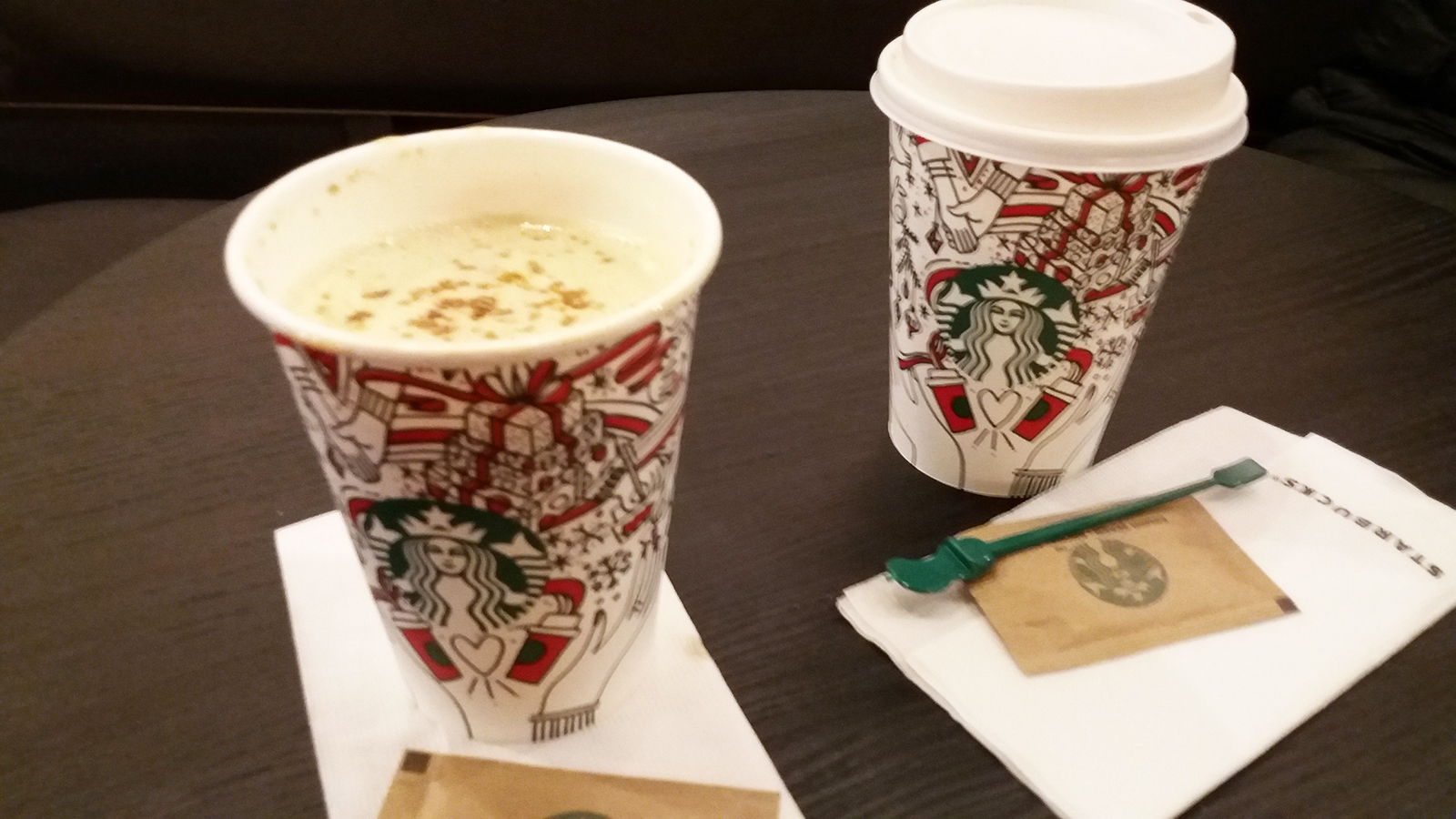 “Given these very diverse populations, all these people have different lifestyles. They have very different dietary habits and different susceptibilities — and we still find similar patterns,” Setiawan said.

The new study shows that there is a stronger biological possibility for the relationship between coffee and longevity and found that mortality was inversely related to coffee consumption for heart disease, cancer, respiratory disease, stroke, diabetes and kidney disease.

The study on European countries revealed an inverse association between coffee and liver disease, suicide in men, cancer in women, digestive diseases and circulatory diseases. Those who drank three or more cups a day had a lower risk for all-cause death than people who did not drink coffee.

Both studies were published in the Annals of Internal Medicine.

READ:   Coffee is practically a health food: Myth or fact?

“We looked at multiple countries across Europe, where the way the population drinks coffee and prepares coffee is quite different,” said Marc Gunter, reader in cancer epidemiology and prevention at Imperial College’s School of Public Health in the UK, who co-authored the European study.

The biological benefits — and caveats

Coffee is a complex mixture of compounds, some of which have been revealed in laboratories to have biological effects, Gunter said.

Studies have shown that certain compounds have neuroprotective and anti-inflammatory properties that can help reduce risk for illnesses like Parkinson’s disease.

In the European study, people who were drinking coffee tended to have lower levels of inflammation, healthier lipid profiles and better glucose control compared with those who weren’t. It is still unclear which particular compounds provide health benefits, but Gunter said he would be interested in exploring this further.

Both studies separated smokers from nonsmokers, since smoking is known to reduce lifespan and is linked to various deceases. However, they found that coffee had inverse effects on mortality for smokers too.

“Smoking doesn’t seem to blunt the effects of coffee,” Gunter said. “It didn’t matter whether you smoked or not. There was still a potential beneficial affect of coffee on mortality.”

However, Dr. Alberto Ascherio, professor of Epidemiology and Nutrition at Harvard T.H. Chan School of Public Health, said people should be wary of this finding.

“Even if it was in some way true, it doesn’t make sense to me, because by smoking, you increase your mortality several-fold. Then, if you reduce it by 10% drinking coffee, give me a break,” said Ascherio, who was not involved in the study.

“I think it’s a dangerous proposition because it suggests that a smoker can counteract the effects of smoking by drinking coffee, which is borderline insane.”

The studies complement work that has been done on coffee and mortality, he said, and it has been reasonably documented that coffee drinkers have a lower risk of death. 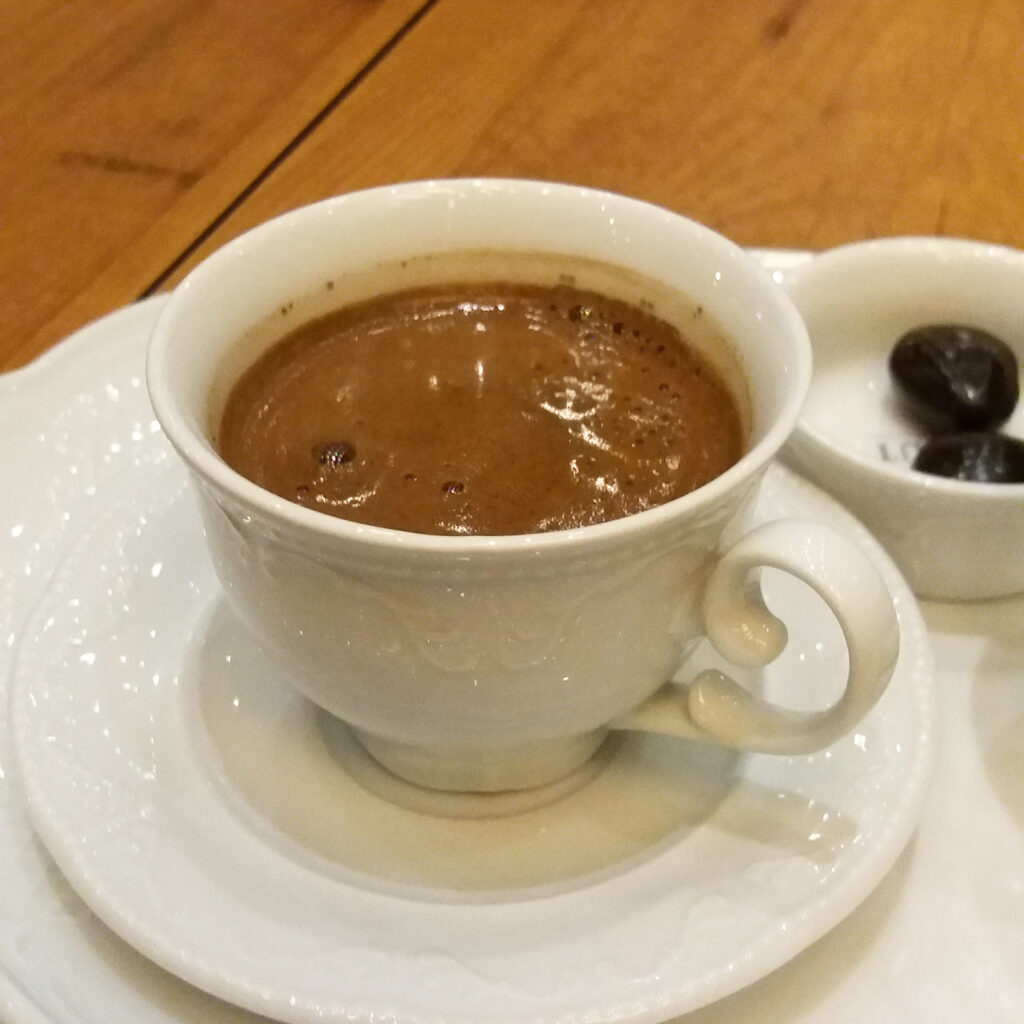 With all observations from previous studies, however, it’s difficult to exclude the possibility that coffee drinkers are just healthier to begin with, Gunter said.

People who avoid coffee, particularly in places like the US and Europe where drinking the beverage is very common, may do so because they have health problems. Their higher mortality rate could be a result of them being less healthy to begin with.

“I think that the solid conclusion is that if you’re a coffee drinker, keep drinking your coffee and be happy,” Ascherio said. And if you’re not? “I think you can go on drinking your tea or water without a problem.”

Meanwhile, Gunter and Setiawan stand a bit more firmly on coffee as a health benefit.

“The takeaway message would be that drinking a couple cups of coffee a day doesn’t do you any harm, and actually, it might be doing you some good,” he said.

“Moderate coffee consumption can be incorporated into a healthy diet and lifestyle,” Setiawan said. “This studies and the previous studies suggest that for a majority of people, there’s no long term harm from drinking coffee.” 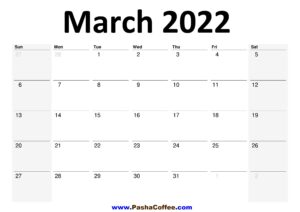 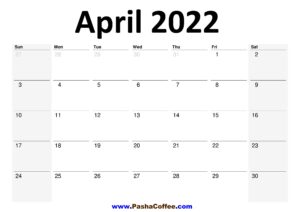 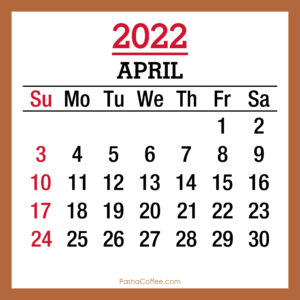 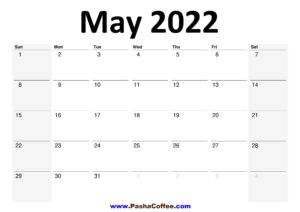 May 2022 Monthly Calendar with Holidays 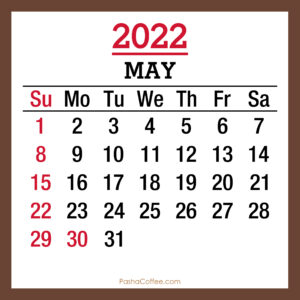 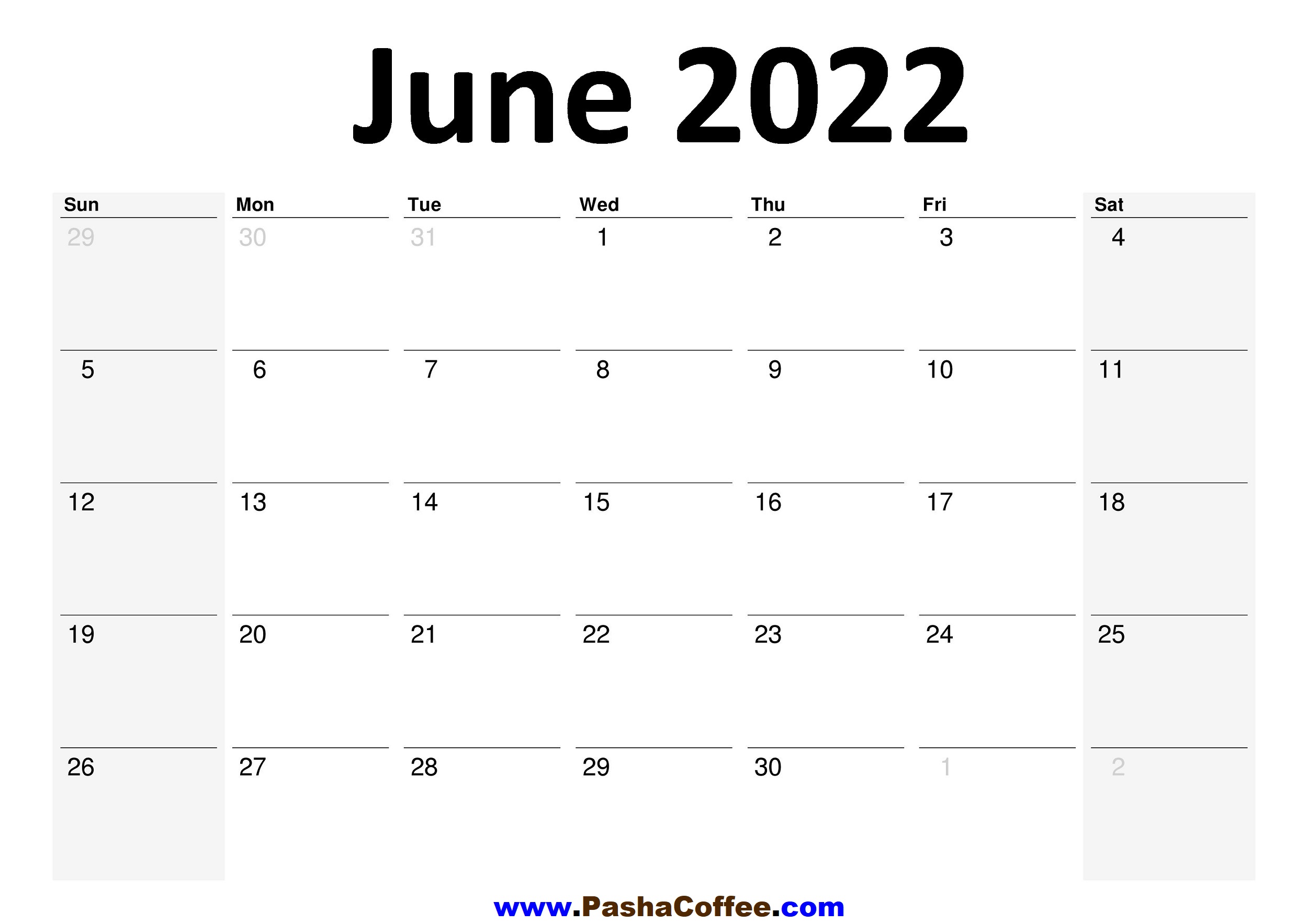